Pianist Joanne Pearce Martin was appointed to the Los Angeles Philharmonic by Esa-Pekka Salonen in 2001. She holds the Katharine Bixby Hotchkis Chair. A native of Allentown, PA, and a graduate of Philadelphia’s Curtis Institute, she balances a busy career as soloist, chamber musician, and recording artist.

Martin has been featured with the LA Phil on multiple occasions at both the Hollywood Bowl and Walt Disney Concert Hall. In 2016, she was the piano soloist in a sold-out and critically acclaimed performance of Messiaen’s epic 100-minute work Des canyons aux étoiles at London’s Barbican Centre with the LA Phil and Gustavo Dudamel.

She has performed at dozens of music series and festivals spanning four continents, collaborating with artists such as Joshua Bell, Lynn Harrell, Julius Baker, Joseph Silverstein, and Steven Isserlis. She has been guest soloist with many other orchestras in the U.S. and abroad, including the Charlotte Symphony, Los Angeles Chamber Orchestra, Florida West Coast Symphony, England’s Huddersfield Philharmonic, and the Philadelphia Orchestra.

Since the 1990s, Joanne and her husband, Gavin Martin, have performed in the U.S. and abroad as a two-piano team, including multiple performances with the LA Phil. She also has collaborated periodically with pianist Jeffrey Kahane. They have given joint performances of Mozart’s Concerto for Two Pianos as well as the world premiere of Andrew Norman’s Frank’s House and the West Coast premiere of John Adams’ Roll Over Beethoven.

Martin enjoys delving into new musical adventures, such as playing the theremin. She has performed and recorded a commissioned piece (Theremin’s Journey) by Gernot Wolfgang, in which she plays both the theremin and the piano. She also commissioned a solo piano work (D’Nato) by composer and LA Phil Principal Timpanist Joseph Pereira. In addition, she is a regular performer on the LA Phil’s groundbreaking Green Umbrella series.

Martin’s playing can be heard on Hollywood movie soundtracks, and she has made numerous television appearances, most recently with violinist Joshua Bell at the Smith Center in Las Vegas and on Tavis Smiley.

During the 2021/22 season, Martin had the distinct pleasure of working alongside Steven Spielberg as the featured solo pianist in his award-winning semi-autobiographical film The Fabelmans. At the personal invitation of John Williams, she recorded a varied collection of solo classical pieces as well as Williams’ original score for the film.

Joanne’s playing has been described by the Los Angeles Times as possessing “unusual fervor and fluency and stirring virtuosity.” When she’s not making music, you might find her up in the air—she is an instrument-rated airplane pilot and master-rated skydiver. 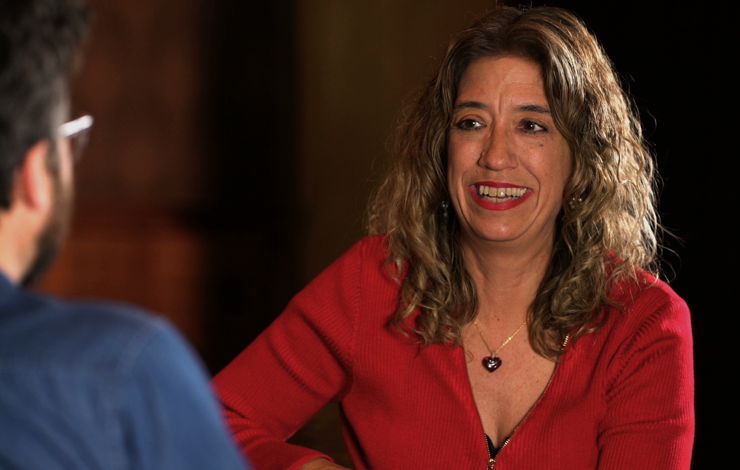