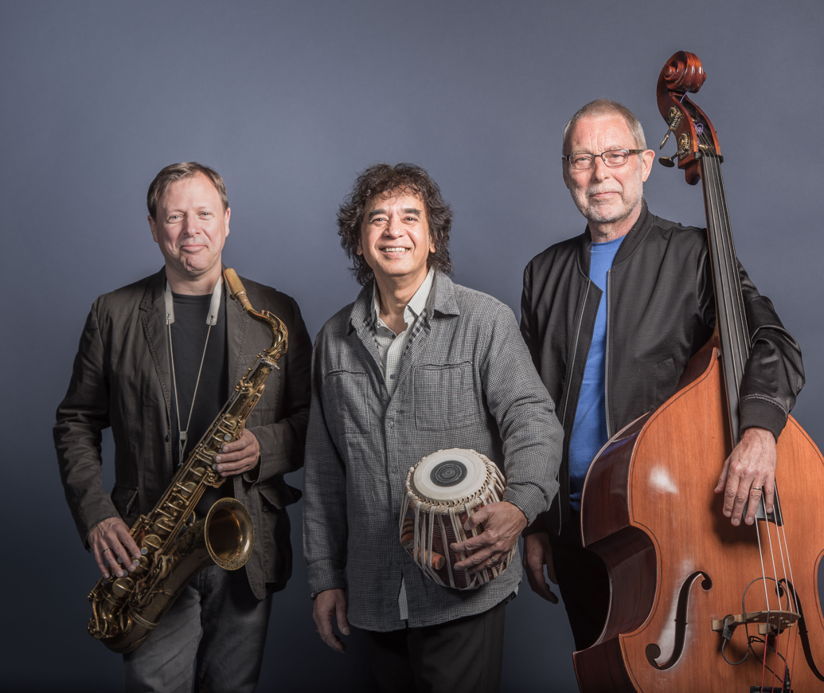 Tabla player Zakir Hussain, bassist Dave Holland, and saxophonist Chris Potter find common ground in the Cross Currents Trio. Exploring the musical bonds between jazz and Indian classical music, the ensemble pays tribute to pioneering musicians and composers on opposite sides of the world who built a bridge which could be traversed in both directions. The influence of Indian classical music on jazz is widely known. Less known, however, is the influence of jazz on the popular music of India. Jazz first came to India by way of the Hollywood musicals of the 1930s and ’40s and quickly influenced the music of India’s burgeoning film industry. The improvisational nature of jazz was familiar to Indian composers and musicians who found a way to incorporate jazz harmonies and chord progressions into their work. As a few decades passed, and as the West was enjoying the inspiration of Indian classical music, certain musicians came to influence popular music in India in a big way.

A classical tabla virtuoso of the highest order, Zakir Hussain’s consistently brilliant and exciting performances have established him as a national treasure in his own country, India, and as one of India’s reigning cultural ambassadors. A player with one of the most distinguished careers in jazz, bassist Dave Holland brings his singular vision to the trio. Having emerged as a leading light of his generation, saxophonist Chris Potter showcases limitless creativity and a vibrant sense of swing.