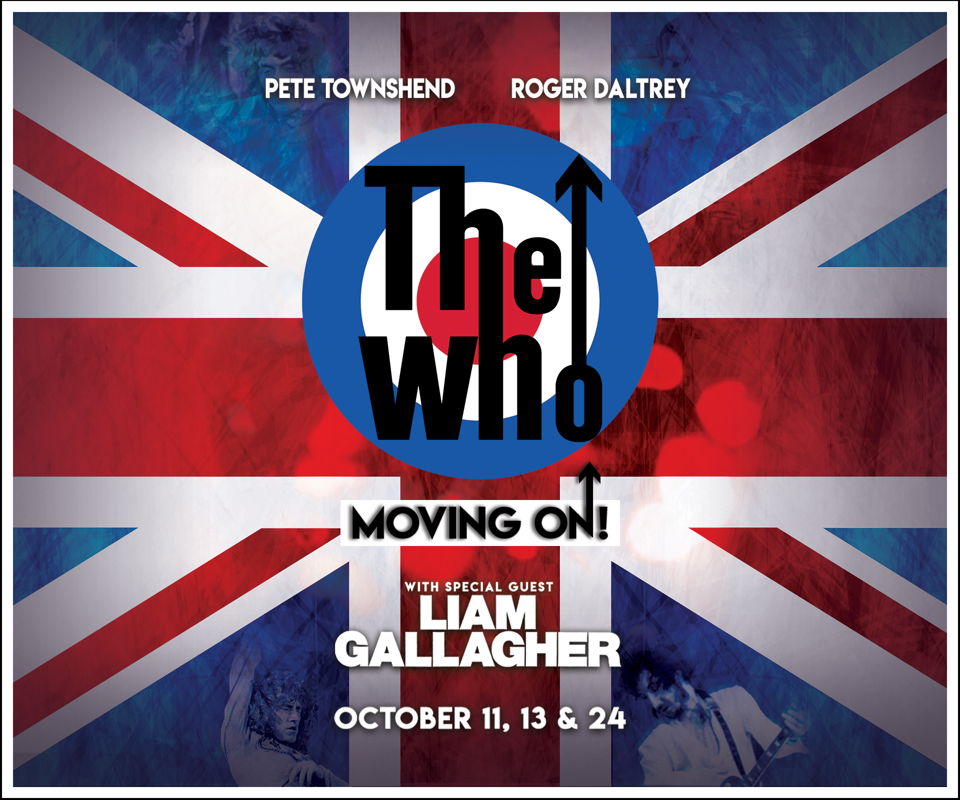 The Who: Moving On!

The Who’s North American MOVING ON! TOUR will bring their indelible brand of powerhouse rock to the Hollywood Bowl, with very special guest Liam Gallagher.

Legendary rock band The Who have added a third Hollywood Bowl date to the fall leg of their 2019 North American MOVING ON! TOUR. Due to intense demand, the new show will take place on October 24, following the two previous Hollywood Bowl dates on October 11 and October 13. It’s the first time in the band’s celebrated history that they’ve played three dates at the historic venue during one touring cycle. The Bowl dates will also mark their first appearance at the famed amphitheater since a two-show run they performed there in April and May of 2006.

Liam Gallagher will open the 3rd Hollywood Bowl show on October 24.  The outspoken singer known for his electrifying stage presence and unblinking perspective released his debut solo album As You Were in 2017 to worldwide acclaim. The album went platinum in the UK and top 40 in the U.S., with the singer currently working on his follow-up album and readying a much-anticipated documentary on his return to music, Liam Gallagher; As It Was, which traces his road back to the rock spotlight.