Beatles at the Bowl

In 2014 the Hollywood Bowl Museum celebrated the 50th anniversary of the Beatles first Bowl show. On display were vintage photographs, newspaper clippings, and live video footage of both the 1964 show and 1965 shows. This exhibit was on display from 2014 until 2016.

In February 1964, the Beatles had just made their U.S. debut. When tickets went on sale in April for their Hollywood Bowl show on August 23, 1964, it sold out in less than four hours. No online sales, no phone sales. If you wanted a ticket, you had to find out where they were being sold and make your way there. Hundreds of kids camped out overnight on Highland Avenue, and the next day the line stretched from the Bowl entrance nearly to Hollywood Boulevard not even a mile away.

The concert itself was chaotic. The screaming of the crowd was so loud it was difficult to hear the music. Fortunately, the concert, as well as the two subsequent concerts in August 1965, were recorded and later released under the guiding hand of Beatles record producer George Martin.

With the Righteous Brothers and Jackie DeShannon as opening acts and 18,700 screaming fans in the audience, the Beatles 1964 concert became the benchmark for rock & roll at the Bowl. 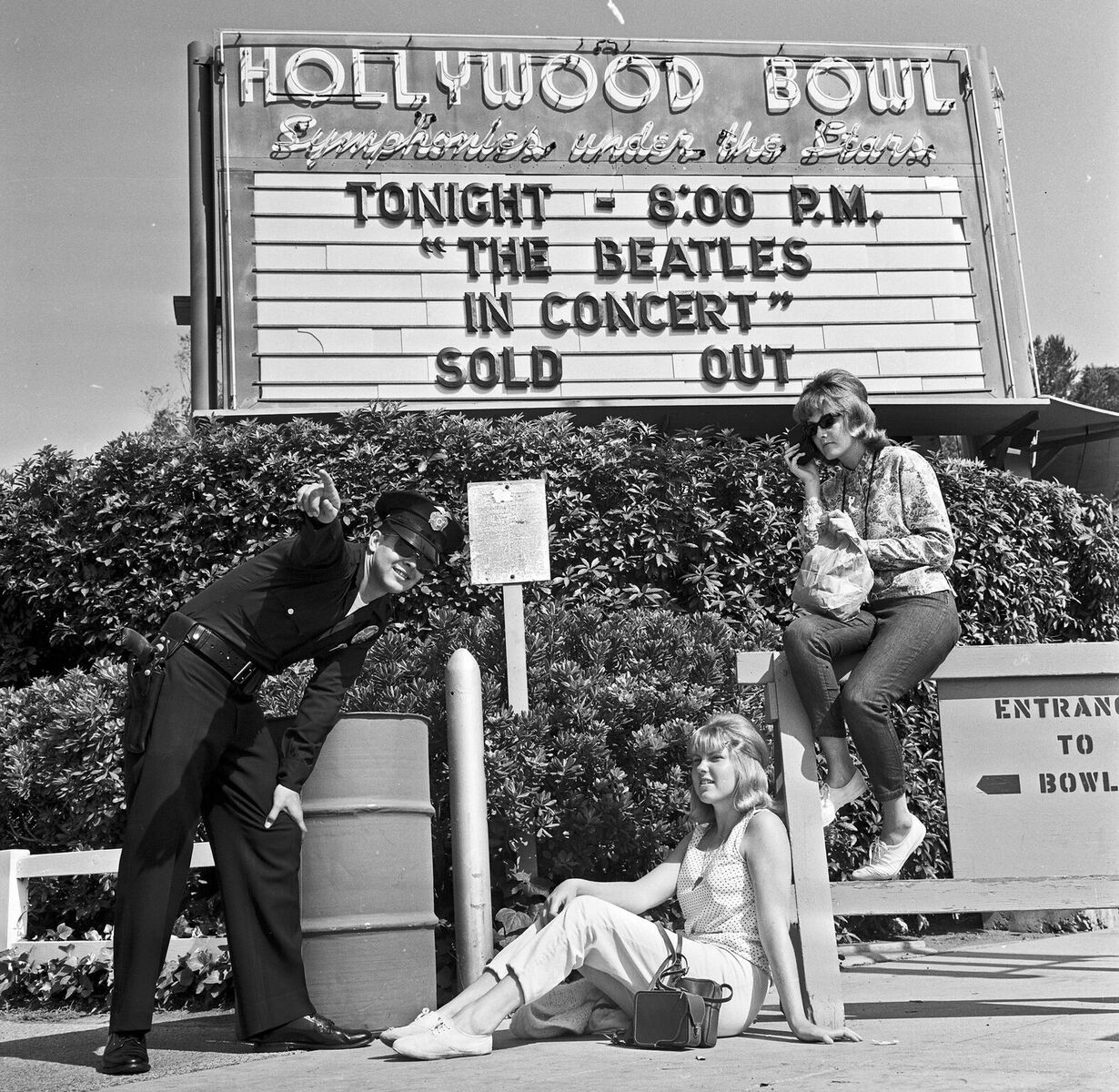